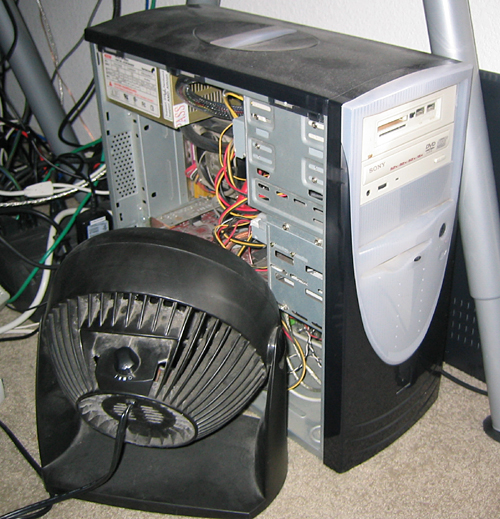 It was built on the cheap (this Antec was the least expensive case I could find that wasn’t beige), the USB 2.0 headers at the front were hit-and-miss, and it has always had overheating problems, hence the giant fan on the outside and the permanently-ghetto lack of a side panel. I should have bought tiny cinder blocks and propped it up. But she only uses it for some audio recording and WoW/CoH, so no biggie, right? Well, random lockups and restarts have made it more of an issue and I started to wonder if the mobo wasn’t shorting out on something. When Maximum PC gave away some cases at work, Kat snagged a silver and blue Cooler Master Mystique and I promised that during the holiday break I would migrate her machine to the new aluminum housing and try to diagnose along the way.

Then the OXM intern Thomas upgraded his rig and gave me his old video card, proc, and mobo, so w00t, I suddenly had a near-fresh build on my hands. It turns out his old Athlon 64 3200+ rig is only a teensy bit slower than my main PC, and it’s built on the same MSI K8N Neo Platinum motherboard, so I already had the instructions and the drivers. That didn’t stop various Windows-related disasters from happening over the course of the afternoon, but when all’s said and done, it looks like it worked: 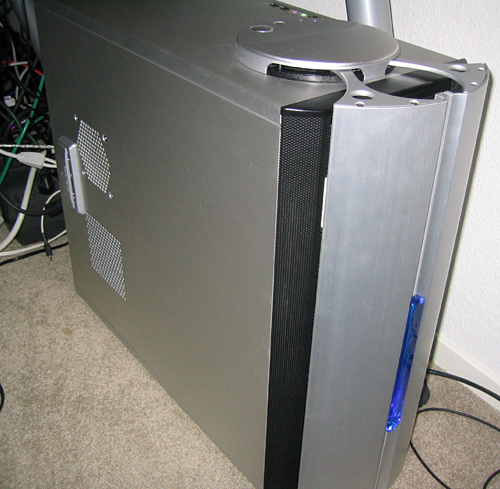 It’s much quieter (the side panel helps, as do the funky front doors), more convenient thanks to the top-mounted power switches and USB/audio jacks, seems to be running much cooler, and of course, it will be much, much faster compared to what Kat’s used to. I kept her DVD drive, RAM (1GB of DDR-333), and Radeon 9800 video card (256MB is still beefy) but Thomas’s old 128MB version of the same card will replace the GeForce 3 (!) in my MAME rig downstairs.

So, Kat gets a new PC for Christmas, and it’s not thanks to me or even Santa–it’s thanks to Thomas the intern. Huzzah! 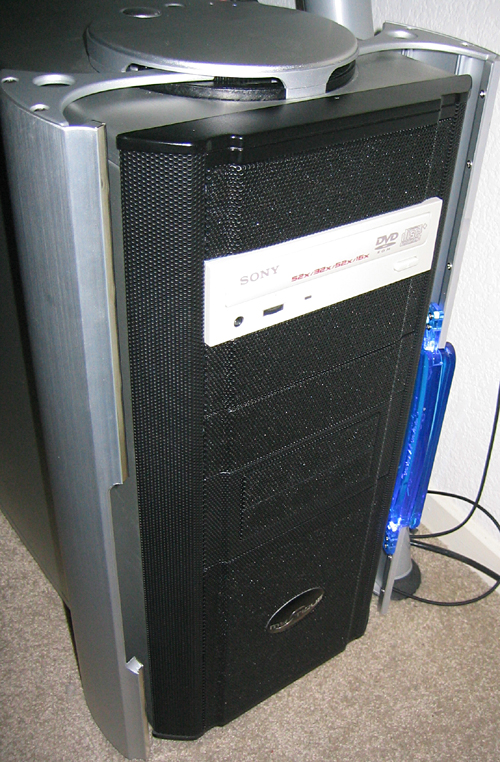 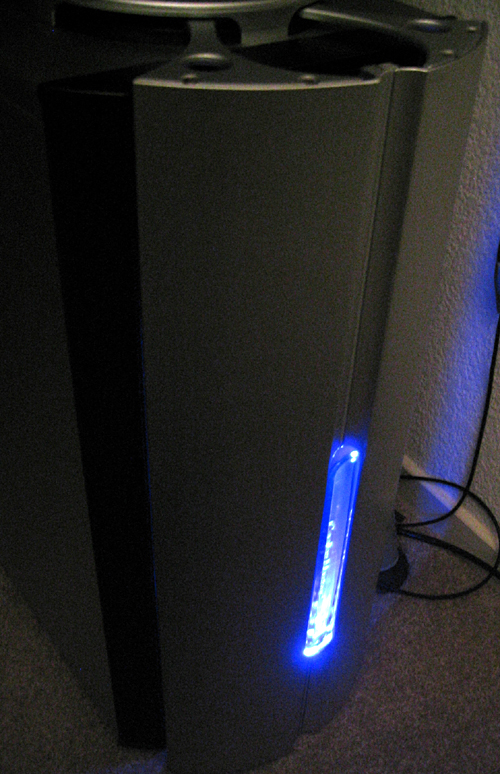