I was very pleased to come into work and find a copy of the WoW expansion sitting on my desk. Awesome! Even though I’m a 360 whore, I still have friends at Blizzard!

Figuring it would be a madhouse — and I like madhouses — I logged on tonight to be part of the launch scene. My server only went down once, and only for a few minutes, so props for that. I started a draenei paladin (say what you will, but I like the class so far) and really only felt weird when I saw this: 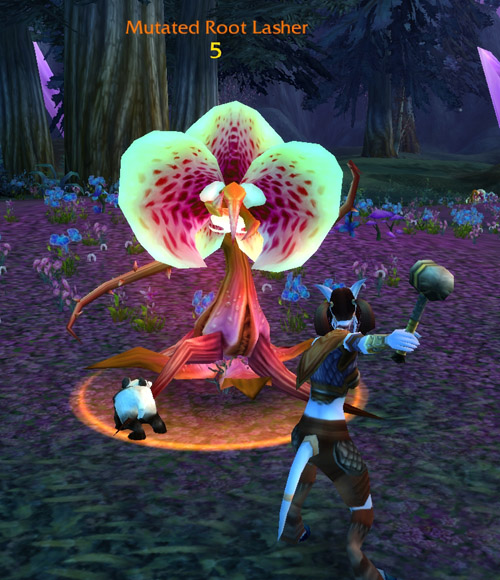 Yeah. I’m fighting a flower that is also a monster but is still a flower. I listened to what the flower people said, and they said “Im in ur base, killin ur d00dz.”

And all I could think of was Capcom Fighting Evolution, which so confused me when I reviewed it, I had to take a particularly head-scratchin’ screenshot and make a macro for it. 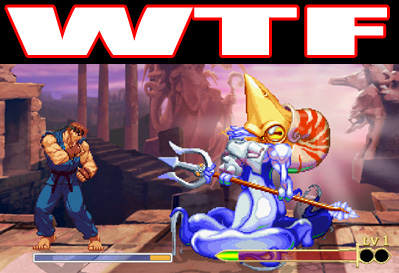 In any case, I’m not high enough level to enjoy BC’s really good bits — like flying mounts and stuff — but I did jump on the jewelcrafting bandwagon and I gave all the stuff from one of my other low-level characters to the new one. Then I will kill the previous one, which I haven’t played in a while and likely never would. Huzzah!