Home is where the universe is

Today was the big push to find a place. We went through Westside Rentals — basically the ubiquitous realtor in our target area — and saw eight places in four and a half hours. Some were condos, some were duplexes, some were just weird little apartment complexes. The worst was a guy who wanted a staggering amount of money for a home from the 1920s that had original charming elements like cracks in the ceiling. We saw a truly gorgeous little duplex with classic Hollywood-style Spanish styling and bizarre features like a 4’x4′ room with full carpeting, two windows, and no apparent practical purpose. One condo was right next to the 405 freeway — I mean, right across the street, and three floors up so you could see the traffic whizzing by — but thanks to double glass in the balcony doors, you could not hear the highway…unless you went into one of the bedrooms, where I will of course be recording musical instruments. Better still, it was raining. Hard. All day. Apparently, the first rain in months. Of course. 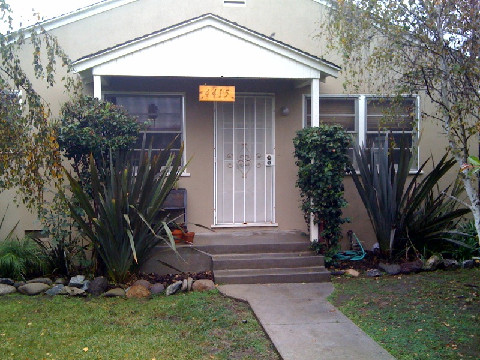 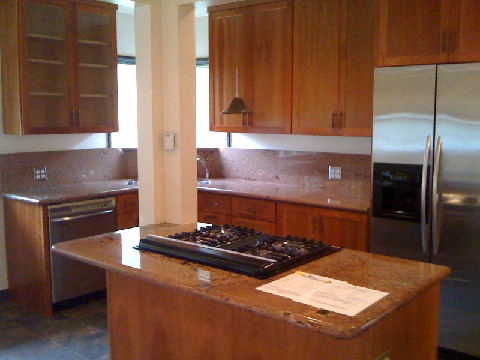 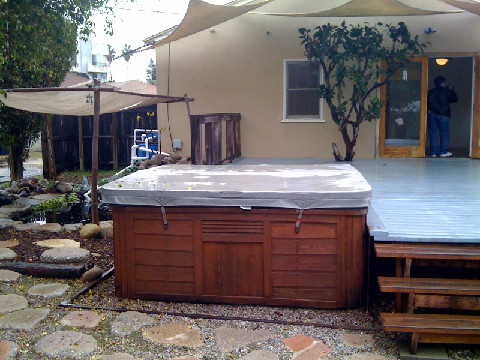 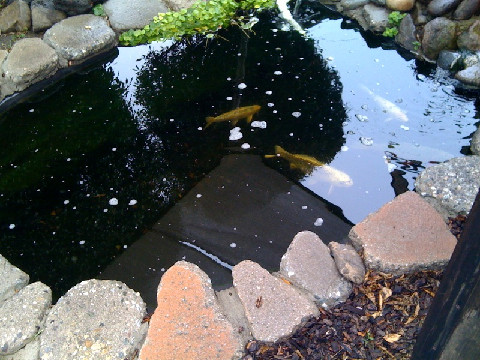 But wait, there’s more. A lemon tree. An orange tree. A banana tree. And amazingly, there’s a freestanding garage with not only full electricity out there but a cable drop.

Now, before we realized we’d be leaving the Bay Area, Kat and I started to shop for houses, and one of our needs was a freestanding garage that could be used as a photo studio or a dance studio or both. And you know, if we could sneak a coin-op in there, that’d be great. So to a find a rental with all that in Mar Vista, just 10 minutes from Activision, with a gated entrance for the cars and a huge side yard in which there really should be an entire second house…well, it’s at the top end of our budget, but we’re getting the top end of our wish list. Just never dreamed we’d find a place like this, let alone in one day. Tomorrow we’re checking out the neighborhood for staples like Target and Chipotle; Wednesday we’re picking up the keys and going home to pack.

Throughout this whole affair, I’ve been trying to do what Kat often suggests — “listen to what the universe is trying to tell you.” I guess my mom would say “if it’s meant to be, it’s meant to be” but I always found that kind of passive. It’s not just dumb luck, it’s putting something positive out there and watching for signs that you’re on the right path. While a lot of things have been tense and exciting so far, many things have also been very easy — things have fallen into place. I like to think that this is the universe telling me I’m doing the right thing.