Someone recently brought up Jethro Tull’s win over Metalllica at the 31st Annual Grammy Awards as a way to discredit Grammys. I think there are many more valid reasons to discredit the Grammy Awards. But the reality of the Jethro Tull Grammy win is not quite as cut and dried as “Metallica lost to them so that’s dumb.” And yes, I say this as a biased fan of the band, but I was a budding music journalist in 1989, so I was watching this very closely. Since it has become a musical history punchline, I feel the need to set the record straight. Whether you like Metallica, Jethro Tull, both, or neither, stay awhile and listen… 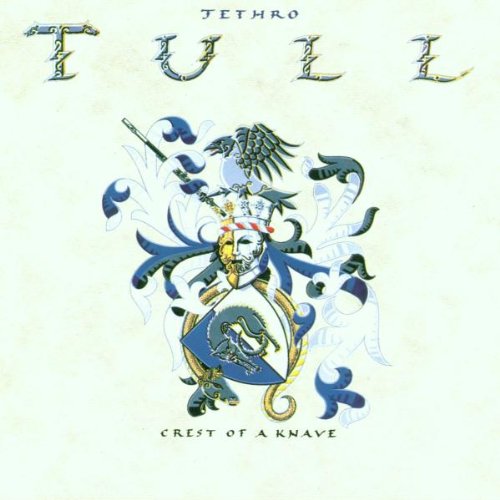 The 1989 Grammy category was “Best Hard Rock/Metal Performance, Vocal or Instrumental.” This was the first time NARAS recognized metal, and it was wrong to lump them together — but they did. These were the nominees:

It’s clear that Tull was intended by NARAS to be on the Hard Rock side of that slash (I’d say Iggy and Jane’s, too — if anything it looks like Hard Rock with some Metal on the side). Even frontman Ian Anderson himself joked “Well, we do sometimes play our mandolins very loudly.” But as the category was established, based on classic-rock staples like “Aqualung,” “Cross Eyed-Mary,” and “Locomotive Breath,” Jethro Tull could reasonably considered to be a hard rock band. “But Metallica is just better than anything ever!” I hear you cry. “That album is a classic!” I won’t disagree. “How could some old farts possibly be deemed to be better than my favorite band?” Allow me to explain: The History Factor. Jethro Tull was formed in 1967. Despite commercial success for 20 years, the band had never won a Grammy. If there’s one thing we know from awards ceremonies, it’s that they are often given to older artists for their body of work, if not the current material. I think this was likely at play here — “Oh, Jethro Tull, they’ve been around a while, let’s reward them.”The Comeback Factor. Singer Ian Anderson developed throat problems in 1984 and was not expected to sing again. Every awards committee loves a comeback story. This was one. The Lazy Factor. “I am an old NARAS member and I don’t know what a Metallica is, but I remember seeing Jethro Tull in the 70s and I have to tick a box.” Totally could have been at play. The Fact that Crest of a Knave Was a Pretty Damned Good Album. Which, within the Tull canon, it subjectively is. Most complaining Metallica fans did not listen to the material in question before pronouncing it worthless.Now, here’s my favorite part of the story. In 1990 — the year of Milli Vanilli, the first rap category, and oh yeah, the incredible Bonnie Raitt getting recognized for Album of the Year — Metallica won Best Metal Performance for “One.” You know, that song from the album that was nominated last year and didn’t win. That’s a neat trick — how do you get nominated for the same material two years in a row? “‘One’ was released as the album’s third single in January 1989, so, um, it’s eligible, and hey shut up anyway,” said a clearly embarrassed NARAS, giving Metallica the award (and thereby stating that this one song was better than the entirety of Faith No More’s The Real Thing). This is what’s known as a “make-good.” And then Metallica won again in 1991 for their cover of “Stone Cold Crazy” (beating out Anthrax’s Persistence of Time and Megadeth’s Rust in Peace). And then Metallica won again in 1992 for the self-titled black album (but “Enter Sandman” as a single was also nominated for Best Rock Performance that year, for reasons nobody has ever been able to explain to me). Whatever indignity was suffered by another band getting recognized for a quality album winning an award, a threepeat should suffice as an apology, not to mention double-nominating the material in both Rock and Metal categories. Oh, and then Metallica won five more Grammys. Metallica has been and continues to be amply recognized for its excellent contributions to music. They are the iconic metal artist. And yet, fans will not let go of 1989, as if the Grammy awards have no credibility or merit because Metallica lost their first time to the big dance. Do the eight Grammys they have received hold no value? Should the band throw them away? Let it go. The whole Jethro Tull/Metallica nonsense is not only fairly inaccurate but 25 years old.

This entry was posted in Music. Bookmark the permalink.