I haven’t posted much about our ragamuffin Devon since we first got him, but he basically runs the house now. For one, he’s twice the size of Sadie, who ain’t thrilled. For two, he’s as tolerant and human-loving as we had hoped he would be. Every so often you find a cat that likes you as much as you like the cat, and Devon is one of those. He’s got a lot of personality and generally wants to be near us whenever possible.

Since he was poking around my messenger bag when I needed to go to work one morning, I put him in there to see if he would stay. He did. Thus was born the first annual Take Devon To Work Day. 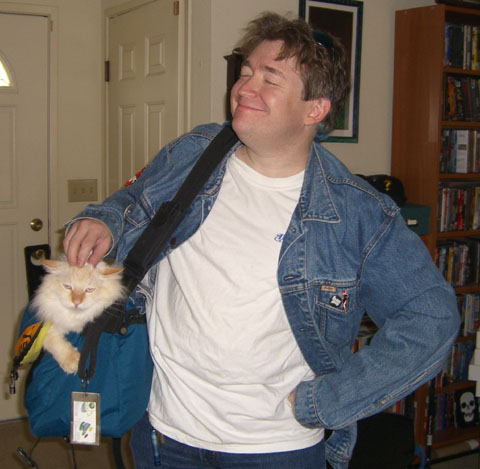 As you can see, he’s excited. 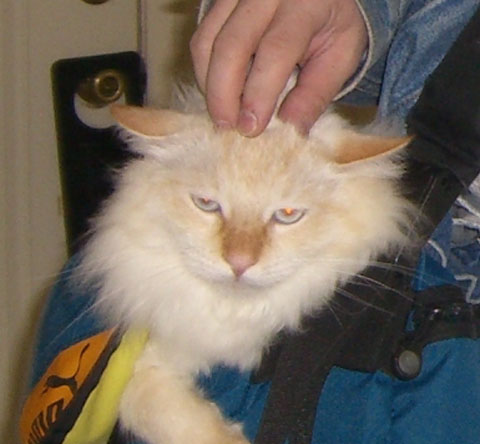