Give me a week off, and I will goof off like nobody’s business. It’s been really nice to do it, frankly — I am always running like mad so to have a full week was the ultimate Christmas present. I almost feel relaxed!
I have played a bit more of Mass Effect — I certainly like it, but I don’t love it (Ryan professed to having a man-crush on it, but I’m just not wired the same way) — and I’ve played lots more WoW with Kat, which is still great quality time together. I have three Alliance and three Horde characters; all three Hordies are now no less than level 40, which means Wyldann — the enchanter/tailor mage I almost deleted out of frustration, until Kat’s brother showed me how to play the class correctly — finally got his mount. 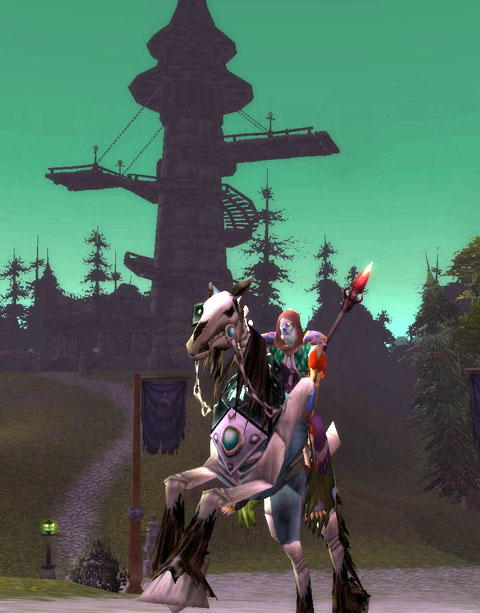 I’m also about to break 50 with my warrior Gwynhwyfar, and I have an epic 2H sword waiting for when I reach 52. I don’t think I’ll be able to do that before the break ends, but it would be nice. Kat’s interested in leveling our level 55s so we can finally see Outland or Outworld or whatever the hell it’s called.