Most of Saturday was spent wandering around the Tech Museum in San Jose, playing old-school pinball machines and video games. I go every year and I’ve raved about it before. This year was no exception; I saw a lot of stuff for the first time, and rediscovered some old favorites. Here’s the highlights. 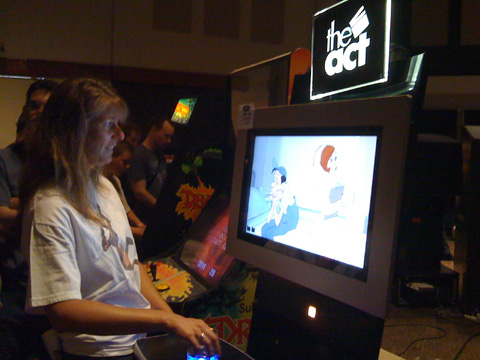 There’s always something I’ve never seen before, and this year, it was a game called The Act. It was copyright 2006 but I’d never heard of it or seen it before; apparently it was canceled last year and this was a completed prototype. It was tucked in-between Dragon’s Lair II and Super Don Quixote in the laser corral, but it was a hard-disk-based interactive cartoon with a unique control mechanic. It was all about subtlety and timing — giving a girl a flower took precise skill with a glowing blue knob. Turn too fast to the right and the girl will be offended by your forwardness; back off to the left too much and she’ll lose interest and walk away. The game consisted of several scenes like this — I tried one where I had to keep my window-washing buddy on the right working while calming down our angry boss on the left. It was really a fresh, simple idea, and the kind of non-violent game anybody could play. It also looked great (ex-Disney folks did the animations) and, more importantly, starred a redhead. 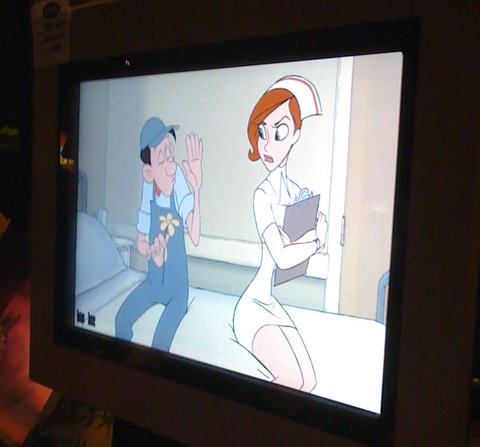 It was really a shame that it did not come to market, but there were plenty of protos on display that suffered similar fates (though not all were as developed and slick as The Act). 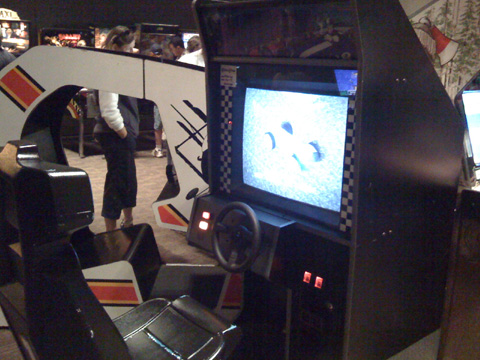 This is a prototype called Motor Run, probably from Atari. It was an early polygon racer with old-timey open-wheel formula-style cars and a lot of drones on the track trying to wreck you. Very floaty physics. But the coolest thing was the sticker that noted that it was the only Motor Run machine in existence. 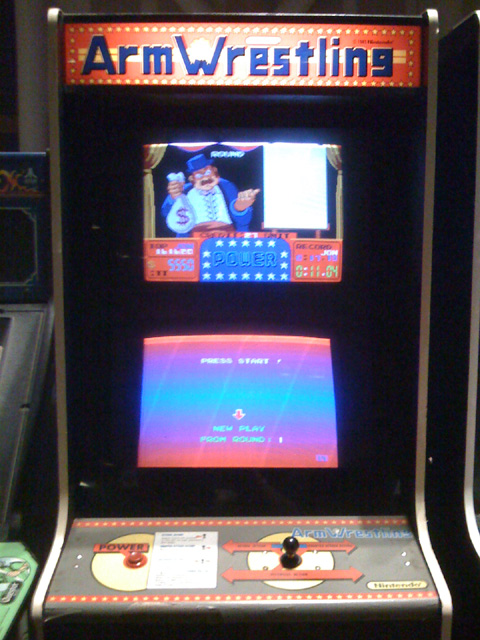 Nintendo’s Punch-Out!! was a classic. Nintendo’s Arm Wrestling was not. I can’t remember seeing one before but I tried it and it wasn’t too good. 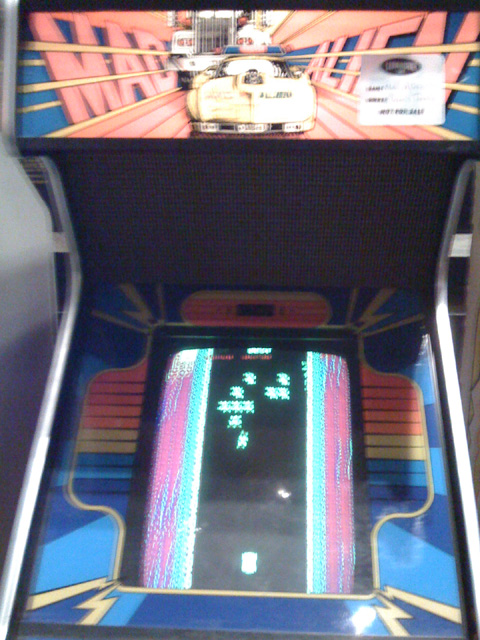 Mad Alien was worse. Picture a Galaxian rip-off with rip-off Spy Hunter graphics. That’s right — it’s the game that asks the question “What if the Space Invaders could drive?” And the answer, of course, is that nobody cares. 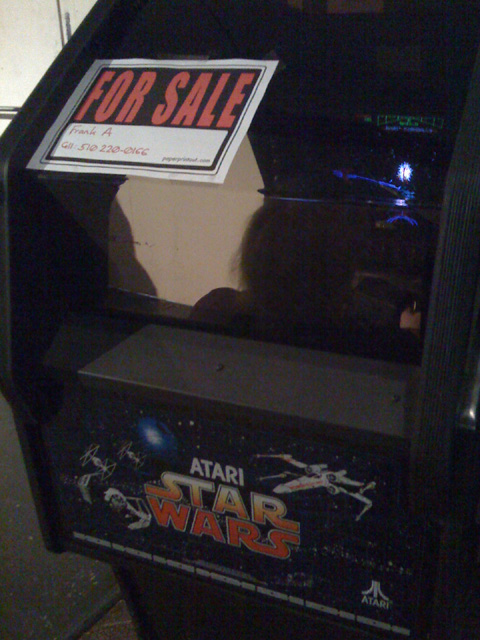 Can you believe Kat said no without even finding out how much? 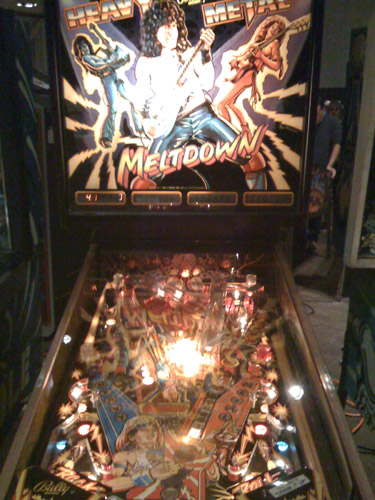 This was an amusing bit of mid-80s pinball nostalgia. The game screamed HEAVY! and METAL! at you, plus played wheedlie-deedlie guitar riffs every time you hit a bumper, drop target, rollover, or apparently just looked directly at the machine. It was awesome for 45 seconds. Then I wanted to punch fake Eddie Van Halen in the backglass. 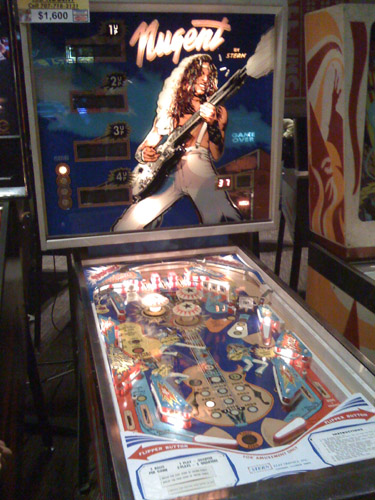 But I would never try to punch Ted Nugent’s backglass. He’s armed.

I also entered the trivia contest, once again as a mercenary with two other random guys I’d met in the hallway — Matt, a fellow video guy, and Dan, a pinball expert. We made it to the finals, thanks to the Other Dan being able to hold his own on pinball. I saved our butt a few times on video and made some dumb mistakes (What was the last Vid Kids machine for Williams? I totally knew it was Blaster, but doubted myself and stupidly said Cruis’n USA) but ultimately, in a team-knockout structure, it came down to me having to answer pinball questions, and failing to do so. I was the team goat. But I got further this year than I did last year, and we were up against the defending champs.